At OrthoOne, that’s the motto we live by. We place an emphasis on seeing our patients as quickly as possible, without sacrificing quality in the care that each patient deserves. Our experienced orthopedic physicians, all of whom are surgeons, share a genuine interest in your personal health. A concern for your time and a friendly, skilled staff are what you can expect every time you visit one of our offices.

The physicians at OrthoOne Sports Medicine are all board certified by the American Board of Orthopaedic Surgery and provide high quality, patient-centered care for you and your family. They are among the best orthopedic professionals, and their collective expertise and their ability to take patients from injury to a full recovery defines our practice.

Our providers are ready to serve you. Learn more about them below as well as our athletic trainers. To schedule an appointment with any of our orthopedic surgeons, call us in Arlington, Tennessee at (901) 430-8265, Collierville, Tennessee at (901) 861-9610 or Olive Branch, Mississippi at (662) 890-2663 or you can use our online request form.

Tripp has been the head athletic trainer at Houston High School since 1996 and has served three elected terms as the West Tennessee Representative to the Executive Board of the Tennessee Athletic Trainers’ Society. Tripp also serves on the Board of Directors of the Germantown Education Foundation.

Born in Nashville, Tennessee, Matthew has been practicing athletic training in the Memphis area since 2016.

Matthew received a bachelor of science in athletic training from Middle Tennessee State University in 2015. He is a licensed athletic trainer in the state of Tennessee and board certified by the National Athletic Trainers' Association (NATABOC). He works with the athletes at Collierville High School and assists in the clinic setting with Dr. Biggers. 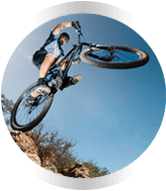 We invite you to explore our comprehensive list of resources and educational materials designed to help teach you about any orthopedic condition you may face or treatment you may undergo.
LEARN MORE